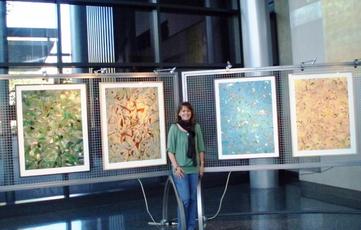 The abstract paintings that I make are a collaboration between me and my materials.  I am willing to let my materials have quite a bit of say in the process.  I begin with an acrylic underpainting.  At this point I know the general form and feel that I want the painting to take.  Once the underpainting is dry, I use oil paint (mostly in stick or bar form) to complete the painting.  The interplay between the underpainting and the oil paint is where the personality of the painting takes shape.  Sometimes I aim for a certain feel, sometimes I know exactly what I want to say, other times it appears during the process!  I am greatly concerned about the state of and greatly inspired by Nature.  The time spent in different environments:  the forest of the Northwest, of the Redwoods, the ocean of the Northwest and the very different ocean of Hawai’i, the red places of Utah and the various deserts of Arizona, has been inspiration for most of my artwork. 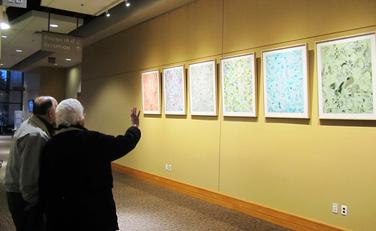 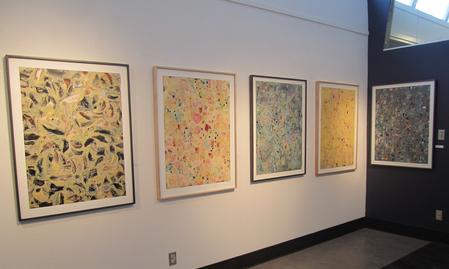